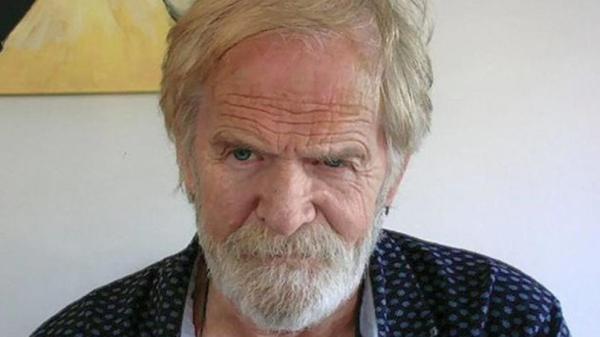 On October 1st 2018, legendary Spanish comic artist Carlos Ezquerra died. Carlos is probably best known for being the co-creator of Judge Dredd and Strontium Dog, both with writer John Wagner. He was a master of science fiction and action comics, and his work never stopped getting better.

For the better part of the last two decades, my favourite comic has been Judge Dredd and Carlos was my favourite artist, flanked closely by Jean Giraud aka Moebius, and Joe Kubert.

My first introduction to Judge Dredd was a Super Nintendo video game based on the 90s Sylvester Stallone movie. All the available comics at the time were pretty subpar adaptations from DC. A few years later I started seeking out the comics again and fortunately Garth Ennis’ run on Judge Dredd was being reprinted in North America in oversized collections.

My first Judge Dredd comic was the Goodnight Kiss collection. I quickly bought all the other collections, but the one I left last was Death Aid, which had an absolutely terrible cover by Bryan Hitch, but featured all interior work by Carlos. I was hooked on the modern painted artwork of the other books, and Carlos had a much older art style by comparison. I actually almost passed on the book, but decided to buy it anyway and quickly fell in love with Carlos’ work. The pages were filled with dynamic action, and wildly creative futuristic buildings, vehicles, technology, and clothing. Carlos coloured the pages with ink washes, giving them a sense of darkness and vibrance at the same time. This was the Necropolis story era and is my favourite period of Carlos’ work (definitely where I took part of my comic name from.) 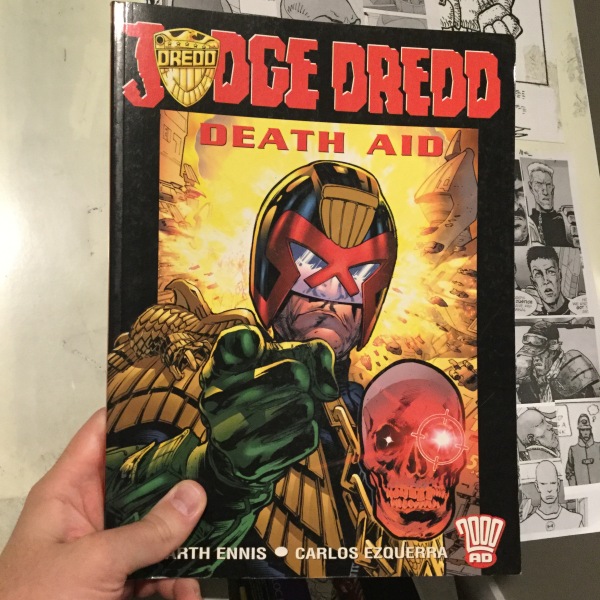 I now own two copies of Death Aid. I keep a second copy in a stack of books on my floor at my drafting table at all times to steal/learn from. Just about everything I want to learn about making comics is in that book. Everything else I steal/learn from my Moebius books.

Carlos’ work is part of the standard that I hold all science fiction work to. I have little to no interest in visually modest sci-fi stories. I want the buildings to be weird cone and dome shapes (something I have yet to figure out sadly) and I want the people wearing jump suits, helmets, and knee and/or elbow pads. I want the future to look like Carlos’ idea of the future. Anything else just seems kind of lazy and dull. That’s what Carlos meant to me: creativity and excellence.

This site uses Akismet to reduce spam. Learn how your comment data is processed.

A little something I wrote for @ink_orporate ‘s rad Kickstarter!
My Tweets